PM Modi invited all SAARC heads in his swearing in ceremony including Pakistan’s PM Nawaz Sharif. There was hope for improvement in relations but this was followed by increased border firing. India said it was in response to Pakistan’s ceasefire violations. Pakistan accused India for instigating it. Whatever may be the truth but India’s response was unprecedented. Pakistan faced heavy damage including civilian casualty. Myanmar hot pursuit episode was followed by warning to Pakistani groups of similar response if they tried to attack Indian side challenging the sovereignty of Pakistan. This was followed by reaching agreement over Foreign Secretary level talks at Ufa. But Foreign Secretary level talks met sudden death when Pakistan insisted on meeting separatist groups from Kashmir which was allowed earlier. This time the present government put its foot down and didn’t allowed the meeting. This led to complete lack of communication between India and Pakistan. This was followed by PM Modi’s impromptu visit to Pakistan. India-Pakistan relation have blown hot and cold in the present regime of Indian government hence accused of lack of any consistent policy toward Pakistan and the vision required for improving relations. Individual episodes may give impression that there is no coherent plan but if we analyze the events in totality then we can see a trend. The need to reinvent negotiation position vis a vis Pakistan. Creating visible red lines in relations and deindexing peace talks from terror attacks.

When present government came to power it was felt that there was immediate need to change the negotiation dynamics. In previous UPA government India-Pakistan relations were in limbo. In the ten years of UPA there was minimum interaction with the Pakistan and lack of imagination to engage with Pakistan due to possible backlash from opposition parties. After 2008 Mumbai attacks there was complete halt from Indian side. This fact was exploited by Pakistan to demonstrate rest of the world that it was India which is not serious about improving relations. Also, during this time India came out as a very weak state. Even after beheading of Indian jawans at the border there was lack of appropriate response from the UPA government. Apart from that present NDA government promised strong action against Pakistan in its election promises. So presenting strong stand against Pakistan was necessity of NDA to be congruent with their promises. Next, engagement with Pakistan would require innovative approaches because there are multiple centres of power with complicated relationships. First, is Pakistani army which hold virtual veto in all strategic matters. And improvement in Indo-Pak relations is seen as existential crisis for the army. Hence, Pakistani army seems to be against any moves for betterment of Indo-Pak relations. Second, is Pakistani civilian government. Civilian government of Nawaz Sharif has shown intent for improving relations but lacks ability to go against the army and is dependent on army’s support. Third are the terrorist organisations in Pakistan which are launching attacks against India with the support of Pakistani army.

Therefore, there was need to show India’s intent for improving relations, strengthen India’s negotiation position, get rid of weak state mentality and differentiate between the different centers of power in Pakistan.

India’s positive intent was displayed by PM Modi’s invitation to Nawaz Sharif in his swearing in ceremony. Now the next was to create red lines in relations. Violation of that would be replied commensurately. This was evident from heavy shelling in response to Pakistan’s ceasefire violation, caution to Pakistan after hot pursuit of NSCN(K) terrorists in Myanmar and stoppage of talks over Pakistan’s insistence of meeting separatists from Kashmir. Though India’s response may seemed in these cases over the top but has created negotiation space for the policy makers which was lost earlier. In the art of successful negotiations one has to concede and make other party feel that they too have gained from the negotiation. Therefore there is requirement to have a buffer which could be conceded. Hence, one see ridiculous demands at the start of negotiations and conciliation later to reach an agreement. Similarly, India has created space which it can concede. Baseline cannot be the negotiation line otherwise it would lead to stalemate. (e.g. Unless Pakistan take steps against terrorists there would be no talks.) Next step was to differentiate between the different centers of power in Pakistan. PM Modi’s impromptu visit to Pakistan and visit to PM Nawaz Sharif’s ancestral home is a step in that direction. After Pathankot attacks, evidence were sent to Pakistan for action against terrorists. India has shown faith in the civilian government of Pakistan and is a step to strengthen the civilian government and differentiate civilian government from conspirators and attackers.  Terrorists are termed as common enemy to India and Pakistan which working to derail Indo-Pak peace process. Indian government after Pathankot attack has not stopped peace talks and has shown strong resolve to go on with Foreign Secretary level talks and not allow terrorists to derail peace process. This is a move to deindex peace talks from terror attacks so that the gains of peace talks are incremental and cumulative and are not lost due to terrorists activities.

Certainly, PM Modi’s Pakistan policy is not directionless. Even if the Modi’s impromptu visit to Pakistan may seem unplanned but it should be remembered that it was preceded by secret meeting of India and Pakistan NSA at Bankok, Foreign Minister Sushma Swaraj visit to Pakistan for Heart of Asia conference and meeting of PM Modi and PM Sharif in Paris on the sidelines of climate change talks. 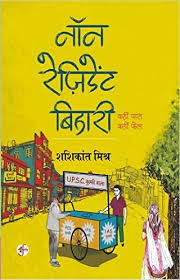 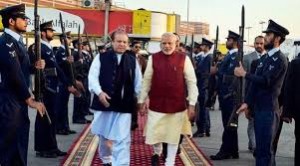